Why This Job Was Important

In addition to isolation rooms, there are many other applications where it may be advantageous to have a specific room in a building made airtight.  For example: operating rooms, electronics “clean rooms”, biological research, manufacturing rooms producing odours, paint rooms, and rooms for people with chemical sensitivities.

The concrete floor and concrete sealing made for good air barriers between the patient areas above and below the room to be sealed. The room was a corner room which means that 2 sides were exterior walls, so there were 2 walls to be concerned about where leakage of AeroBarrier material to the second floor was of concern.

After prep of the room and the initial air test, the seal was started. Rather than push the pressure in the room to 100 Pa as is normally done, we started the seal at a much lower pressure to allow the AeroBarrier sealant to seal the holes without forcing the material though the holes. Spotters were used on the 1st and 3rd floors to ensure that no sealant was leaking into the patient rooms on those floors and our technicians were keeping a close eye on the 2nd floor area to ensure that there was no sealant escaping.

As the seal progressed the pressure was increased as the room tightened. Although the seal was slower than normal, we demonstrated that it is possible to seal a room in a fully functioning hospital without disrupting the important work going on there. The charts below show the two rooms that needed sealing, the main patient room and the anteroom. 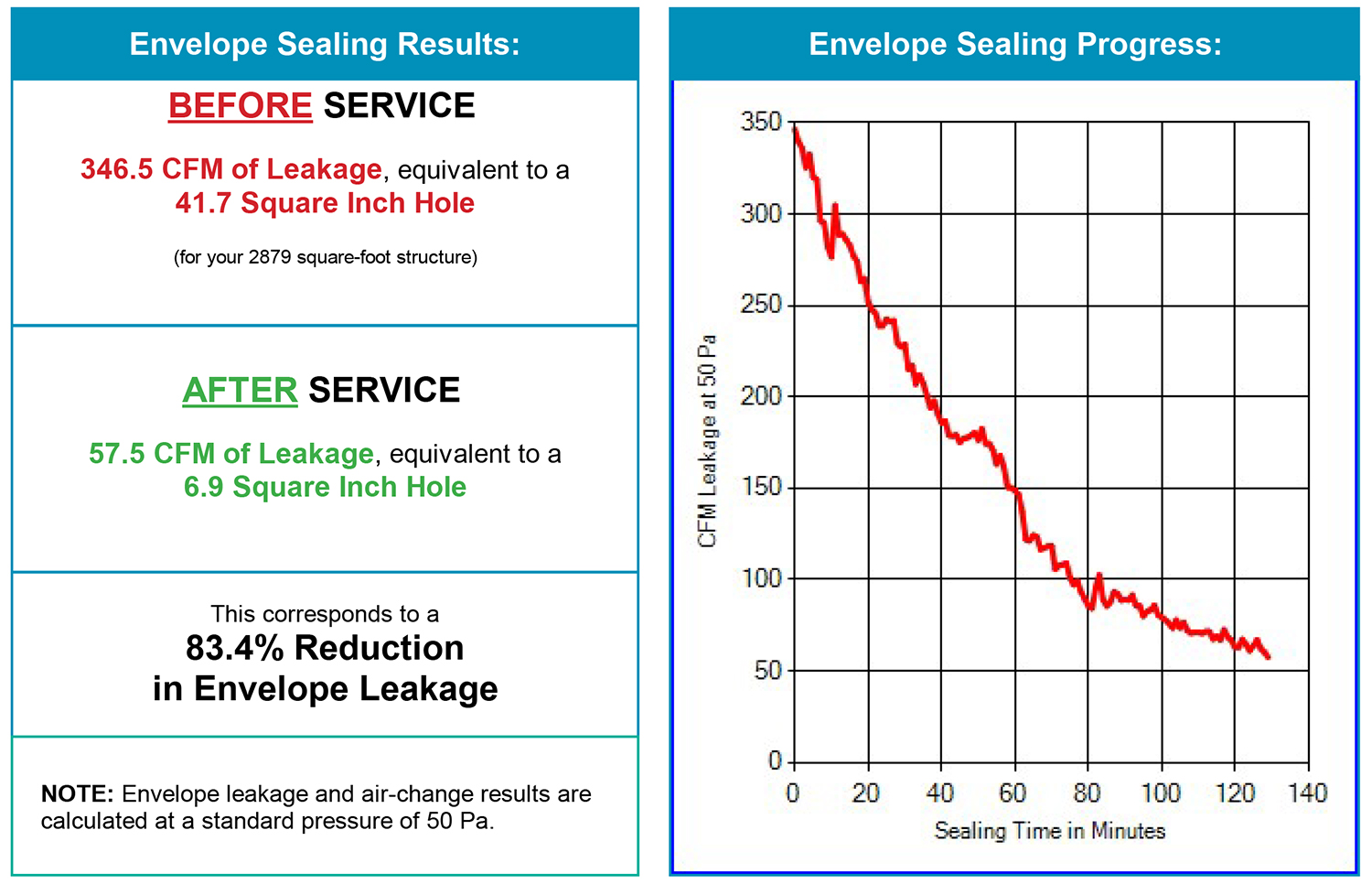 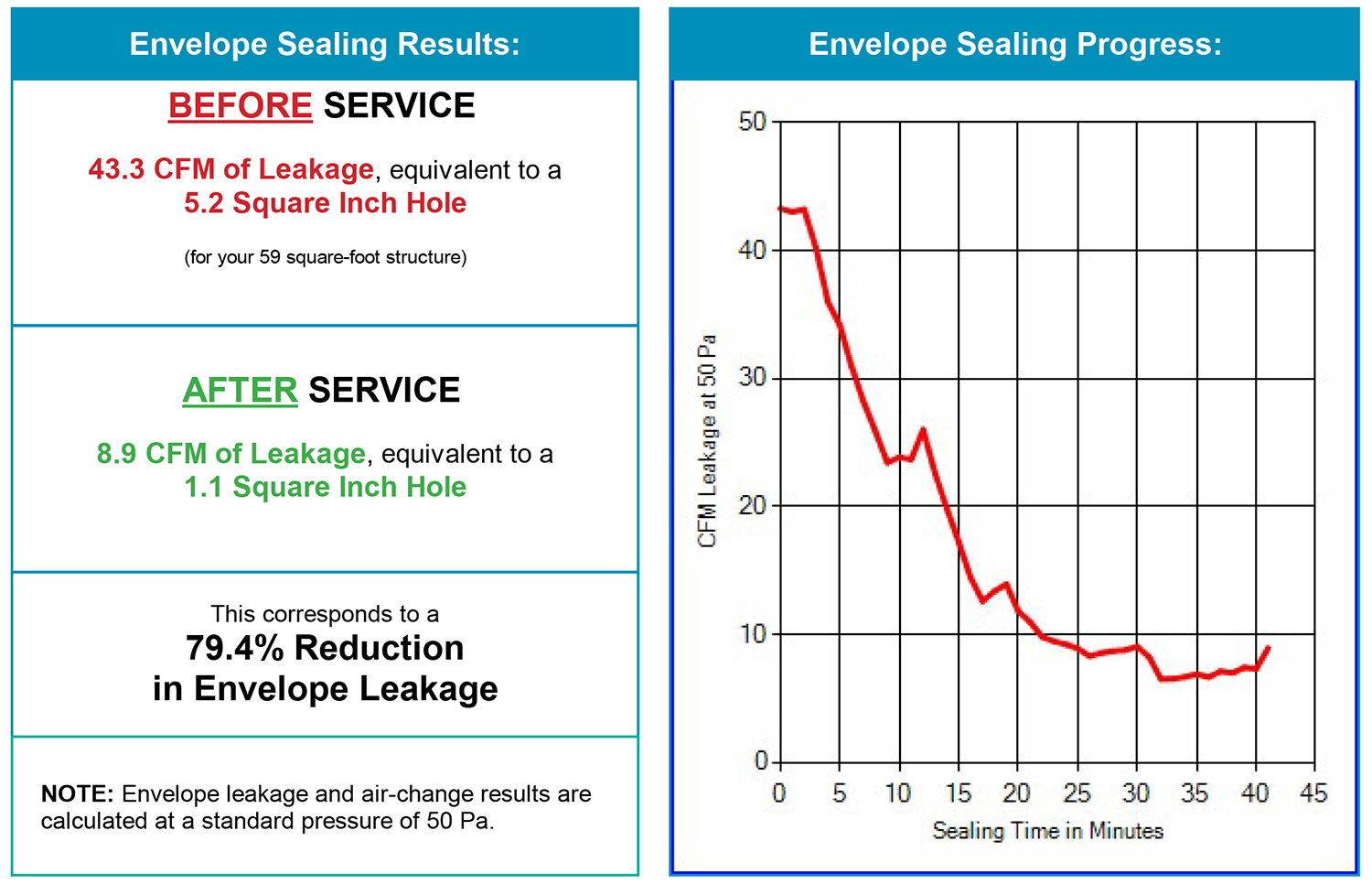 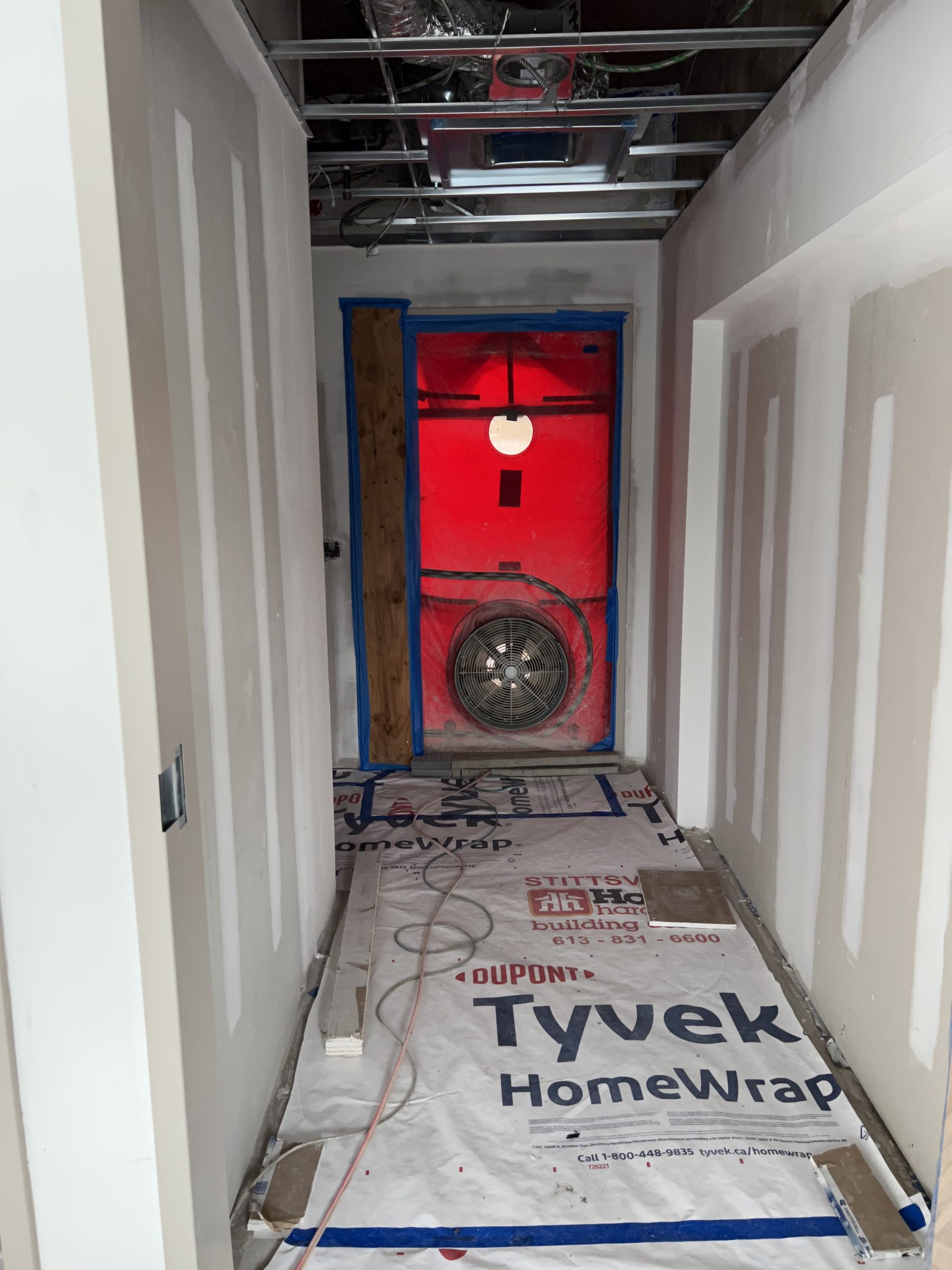 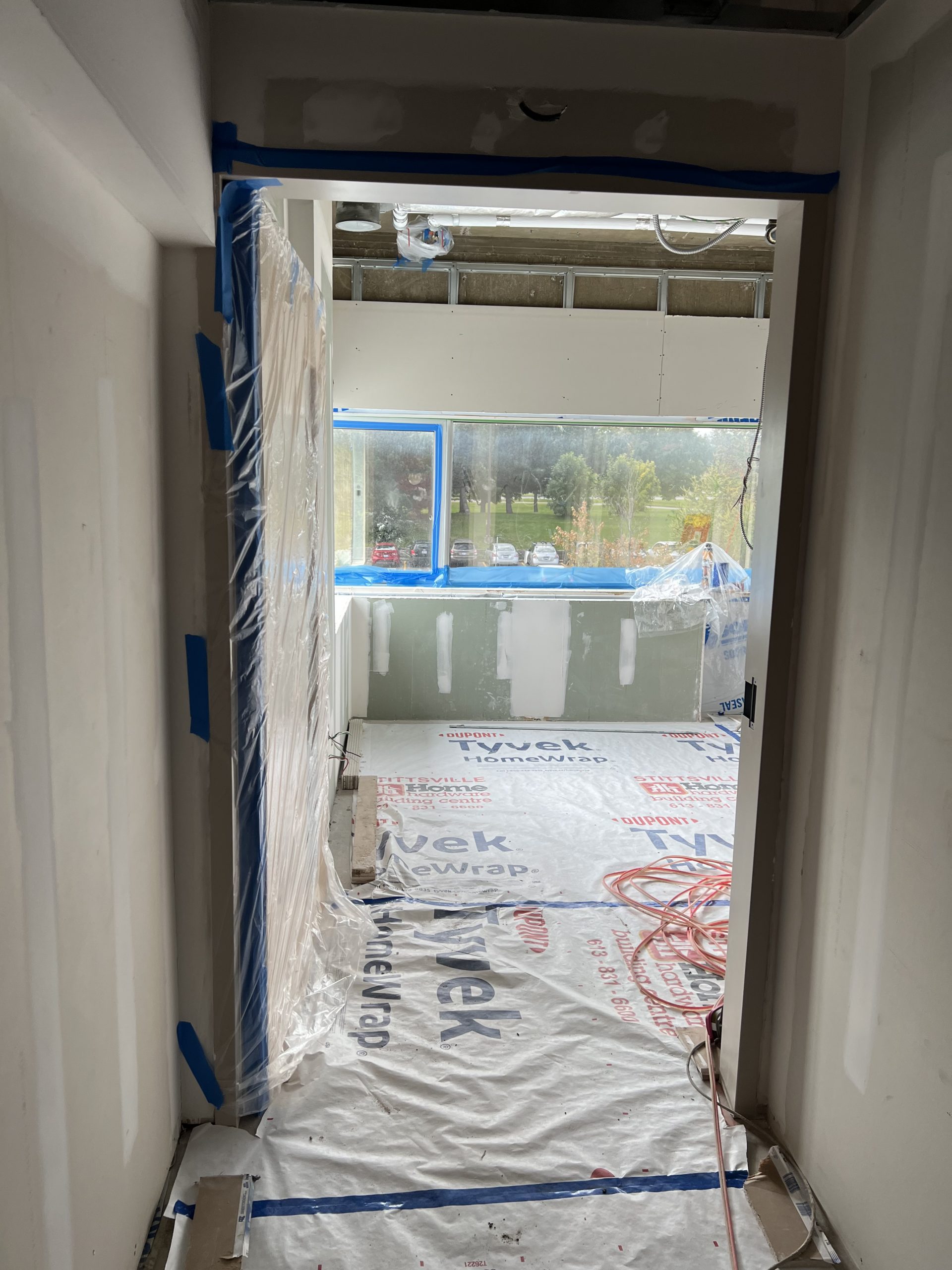 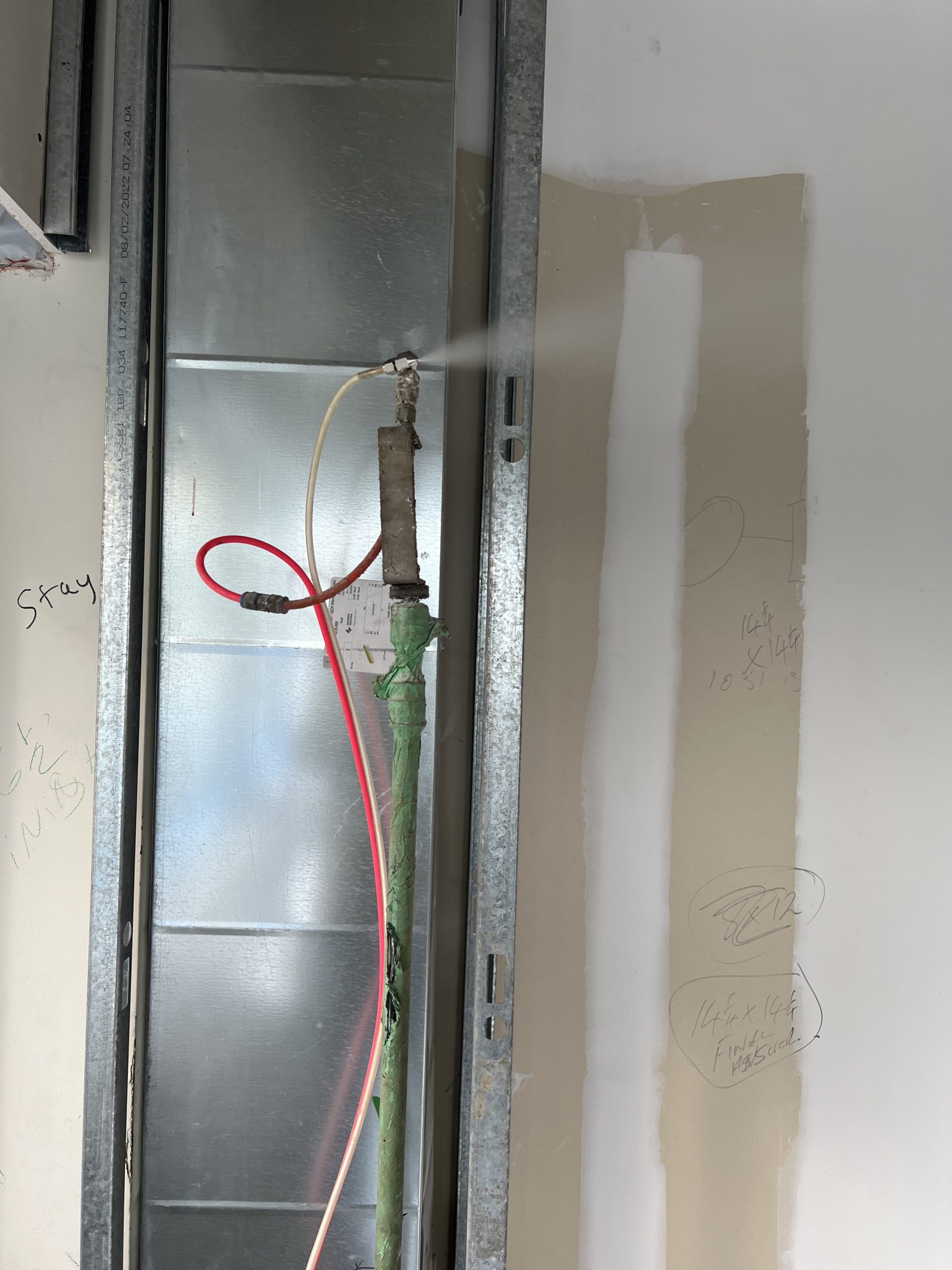 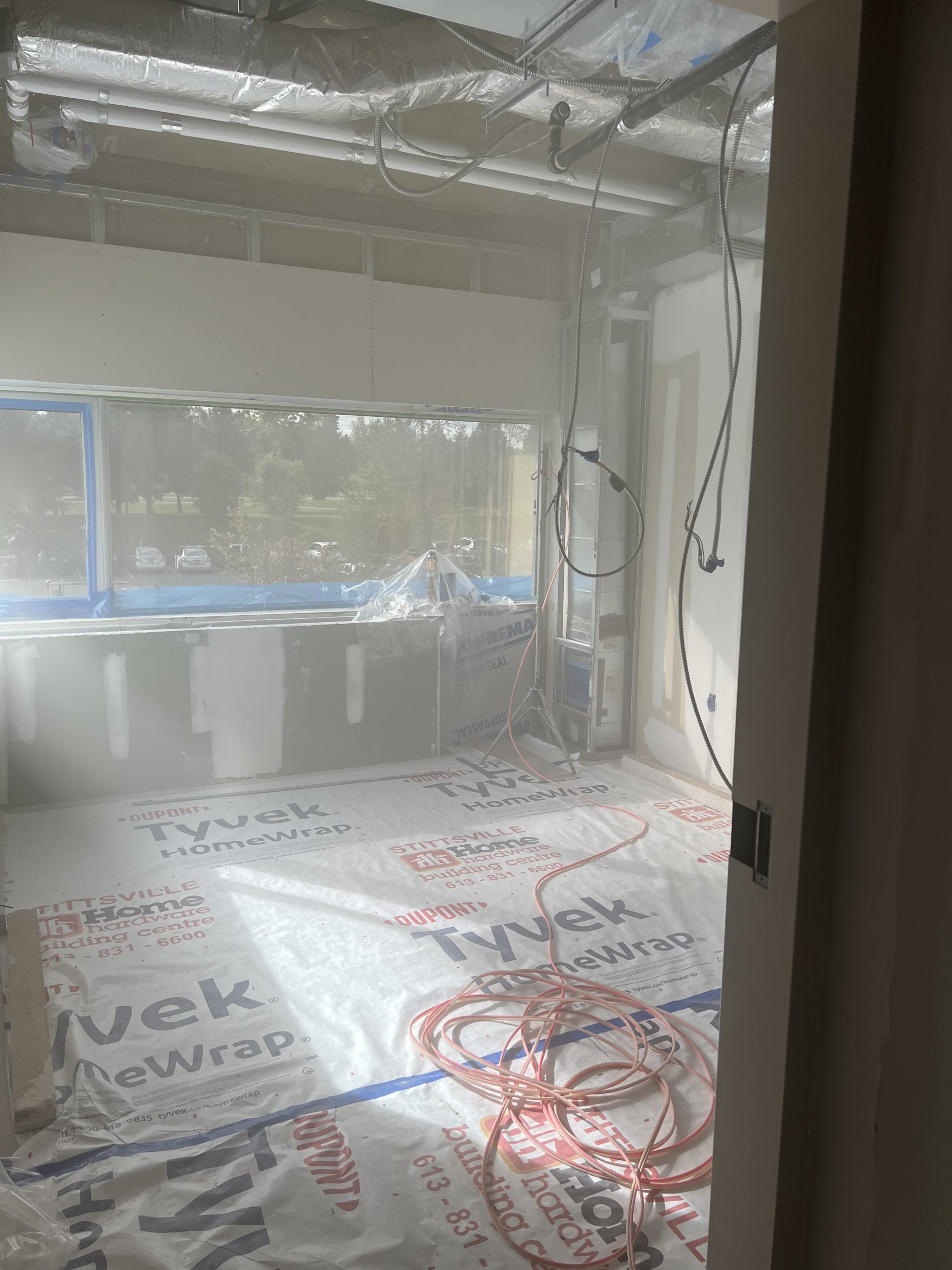